When ISPAS were developing their revolutionary new sea-surface oil detection system they chose to partner with Quadra to provide their PCB design needs. But in doing so, they were able to dramatically reduce product delivery timescales, enabling them to bring their product to market earlier than expected. Detecting and then quickly acting upon oil spillages in today’s maritime oilfields is a key requirement for oil company. The cost of non-compliance is truly enormous, both financially and environmentally.

ISPAS has designed a phased array radar system with dual antenna arrays, dual polarisation, no moving parts and produces a swept beam across 100 degrees at a very low power. When mounted on an oil platform, it will provide a 360-degree coverage of any changes in the sea surface conditions, detecting oil, debris, changes in currents etc. Radar detection of oil on water is already in use, but X-band radar has some major limitations. Under certain conditions, oil is invisible as it is more or less transparent to horizontally polarised radar. If you combine the ability to operate in the Ku-band and also to sweep a dual polarised beam several hundred times a second, whilst simultaneously processing the enormous amount of data this produces, then the picture changes dramatically. Nine key engineers have worked on the development of this system, which is able to detect people who have fallen in the water up to a distance of up to three-miles.

Not got time to read this blog now?

Fill in the form below and we will send you this and others like it.

This was tested in the local fjord by ISPAS engineer Anders Rosnes, using his father’s old dry suit. As a result of this, rescue organisations have expressed interest in this capability. Static mounted versions of this same system have also been used to record glacial shifts on Svalbard to high accuracy. From an engineering perspective, local processing is provided by an Altera 1.5 Teraflop DSP processing device, which is pin BGA using external DDR3 memory and complex multiple power supply requirements. Turning this demanding engineering idea into an economically manufacturable reality was a challenge and this is where Quadra Solutions was able to help.

ISPAS chose to partner with Quadra, after considering other local alternatives. The Quadra Design Bureau provided several advantages for ISPAS, best summed up as Capability, Capacity and Competence. All the PCB designers are CID/CID+ qualified and work within an accredited ISO9001 environment which allows total control of the process. There is always a back-up if someone unexpectedly cannot continue with a design and the experience of the team means that design pitfalls that the engineering team at ISPAS may never have even considered could be avoided from the outset. Action Quadra took the initial schematics and list of the design from ISPAS and after a series of online design reviews, chose a specific board technology, taking into account the time-frame, cost and technology constraints.

Early revisions of the layout were discussed and as soon as the parts list was frozen, parts procurement began in parallel with the remainder of the design process. Design iterations continued and then the bare boards were ordered. At this time, the assembly operation was scheduled so that the parts, boards and assembly line setup could all be ready at the same time. Detailed knowledge of PCB manufacturers’ capabilities and a process which always forces a “second pair of eyes” to approve all manufacturing data, ensured that the boards were ready on time and electronically and mechanically correct.

Results from the first prototypes were very encouraging, allowing ISPAS to debug embedded code and to work on system software and make changes as required. There was a requirement to change the power management devices, forced by the manufacturer of the main DSP processor and these changes were made whilst ISPAS engineers concentrated on their system, software development and testing. With their proprietary radar technology, ISPAS is now conducting trials with four radar systems on the Lundin Edvard Grieg platform in the North Sea.

In addition, six further systems are being deployed by Statoil in the Johan Sverdrup oilfield. These sites provide some of the most arduous conditions, in which systems are expected to withstand the elements and continue to function correctly. The analysis taken from these installations will allow ISPAS and Quadra to optimise production variants, to suit all of the envisaged uses of the system.

Looking for PCB design support for your next project?

Contact our experienced and knowledgeable PCB design Professionals for a quote. design@quadrasol.co.uk 01254 301 888

Your Partner for Design Success 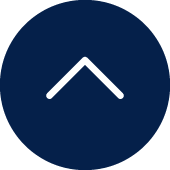